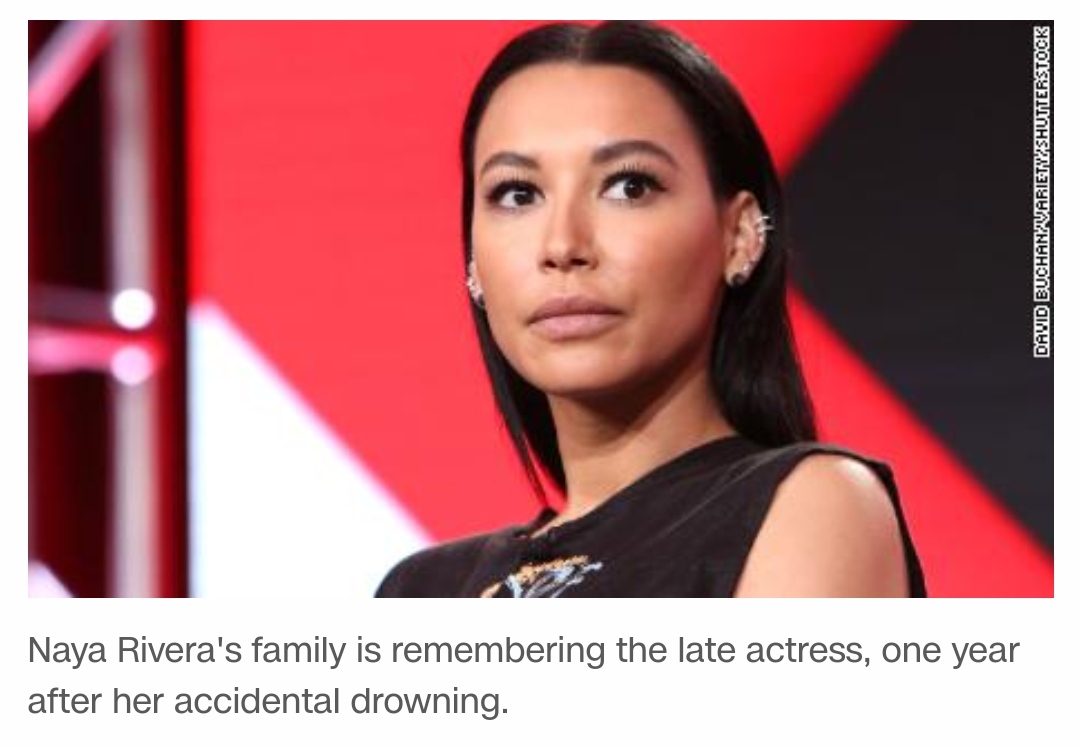 The “Glee” star went missing on July 8 last year on California’s Lake Piru, while boating with her son, Josey Hollis Dorsey, who is now five. Dorsey was later found alive, while Rivera was determined by investigators to have accidentally drowned. Her body was found five days later.
Yolanda Previtire, Rivera’s mother, told “Good Morning America” that she often still overwhelmed with sadness.
“Sometimes we’re afraid of the sorrow being so heavy that we’re afraid for our own self, ’cause this is hard. There are no words to describe what we’re going through,” she said. “All we know is we have each other.”
Previtire said she feels her daughter’s presence with her.
“I feel Naya’s energy constantly telling me, ‘Mom, be happy. Don’t cry. I’m OK. Go get Josey. Have fun.’ And I feel that it’s coming from her,” she said. “I literally wake up every morning, and it’s almost like a restart button, and I have to shake it off, one foot at a time. And here we are.”
The last time she saw her daughter was on a FaceTime call the morning of the tragedy.
“I missed two of her FaceTime calls, and I called her back. And we had a beautiful conversation. The sun was kissing her face and she was just beautiful,” she said. “She had a white, beautiful swimming suit on and she was glowing.”
They discusssed how the water was turning “choppy.” Later that day, two detectives alerted her that Rivera was missing.
“It was almost like a force. I don’t know what it was, but I literally was just pushed backwards. I just ran backwards, if you can imagine, just screaming and I ended up in the bathroom. I slammed the door, I was on the floor and I had to gather myself,” she said.
Finding her daughter was “a relief, in a way,” she said.
Previtire also thanked searchers, describing them as “overflowing with kindness.”

Rivera’s little sister, Nickayla Rivera, told “GMA” “if we could go back, we’d hug a little bit harder.”
Naya’s little brother, Mychal, said in a statement: “One year without you, one year closer to when we will meet you again. Your endless energy lives on. May you continue to rest so graciously, Naya.”